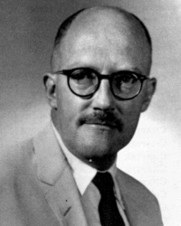 Robert Lesley Conly aka Robert C. O'Brien was an American author best known for his 1975 novel 'Z for Zachariah', a post-apocalyptic story set in the wake of World War III. It follows sixteen-year-old central protagonist Ann Burden, who has survived a nuclear war having found a remote section of valley that is protected from nuclear fallout. The book was published posthumously and won an Edgar Award.
Chose O'Brien as a pseudonym because it was his mother's name (his parents were Leslie Marsland Conly and Agnes O'Brien Conly).  He studied at the Juilliard School of Music and took extension courses at Columbia University; graduated from the University of Rochester with a B.A. in English in 1940.

Wrote for Newsweek magazine in New York City before World War II (he was not drafted because of his 4F classification), and in 1944 moved to Washington, D.C., where he became a reporter for the Washington Times-Herald. For the rest of his life was an editor and writer in the Washington area. In 1951 he became a writer for National Geographic magazine.

Grew up in Amityville, Long Island, New York, and excelled in music, sprinting on the track team, swimming, and editing the school newspaper. (He didn't like school or contact sports.)

His parents both worked for the New York Herald Tribune Fresh Air Fund, a charitable organization that operated summer camps for poor city children, and so did Robert and his siblings when they were kids.

In the 1950s he bought a small farm near the Potomac River (and used the farm as the setting for his book "A Report From Group 17"). However, in the 1960s he developed glaucoma and could no longer drive after dark. In 1963 he was forced to move back to the city. Now living within minutes of his job, he had time to begin to write fiction, but he used a pseudonym because National Geographic didn't approve of their staff writing "outside" work. His novel "Mrs. Frisby and the Rats of NIMH" won the Newbery Medal.
source:  http://www.imdb.com/name/nm0639791